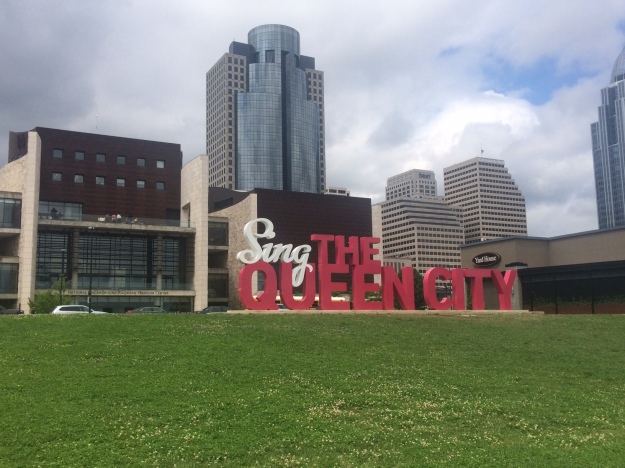 Before my visit in Cincinnati, I didn’t know much, if anything, about it. After spending a recent weekend here, I learned a few interesting things about this city near the Ohio River. Here are five of them. 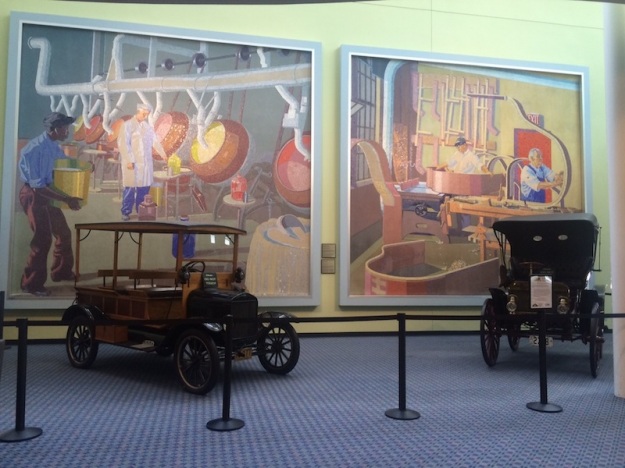 1) Flying into Kentucky
On a flight to Cincinnati, you might be surprised to discover that you don’t actually arrive in Cincinnati. Actually, you land in Kentucky, specifically at Cincinnati/Northern Kentucky International Airport, which is about 15 minutes or so from Cincinnati. Instead of heading straight there, make a stop in nearby Covington, Kentucky. Its MainStrasse Village has German roots with a Main Street, U.S.A. feel. Its center square is the location for various festivals such as an Octoberfest and it’s lined with shops and restaurants housed in buildings from a past era. Good eats picks include Otto’s, an American bistro known for its fried green tomatoes and twist on the native dish, Kentucky Hot Brown; Frida 602, a mezcal and taqueria with décor inspired by artist Frida Kahlo’s Blue House in Mexico City; and Bouquet, a farm-to-table restaurant whose menu is dictated by what ingredients are in-season. 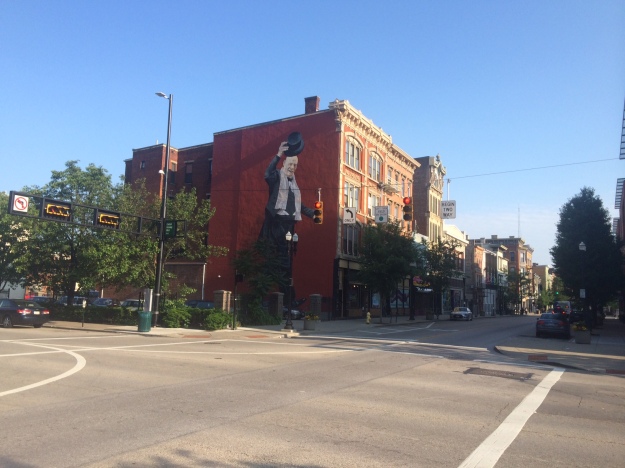 2) Over-the-Rhine
Cincinnati has 52 neighborhoods, with one of its oldest being Over-the-Rhine. When the first wave of German immigrants came to the U.S. in the 1830s, many settled and founded in early Cincinnati neighborhood, so much that their native language became the spoken word and their culture thrived. Over-the-Rhine’s name comes from this legacy. Workers lived north of the Miami and Erie Canal and nicknamed it “the Rhine” after the German river, so their settled area was like going “over the Rhine.” Breweries and drinking establishments flourished here up until Prohibition. As residents moved out, and the Over-the-Rhine faced hard times. its revitalization began in the mid-2000s with a wave of artisan restaurants being ushered in. Find many of them along Vine Street. This section has become hotspot, with a medley of eateries, shops, and bars. Stand outs include: Taste of Belgium, for a great waffle fix; Senate, with the most amazing gourmet hotdog combos; The Eagle, for delectable fried chicken; Graeter’s, a hometown ice cream shop known for its Black Raspberry Chocolate Chip; and Holtman’s Donuts, for their maple bacon option. While Vine Street is about food, O-T-R’s Main Street has its share of finds such as Gomez, for innovative Mexican fare; Japp’s Since 1879, once a hair store but now a hip nightspot; and contemporary art murals created as part of ArtWorks Cincinnati. 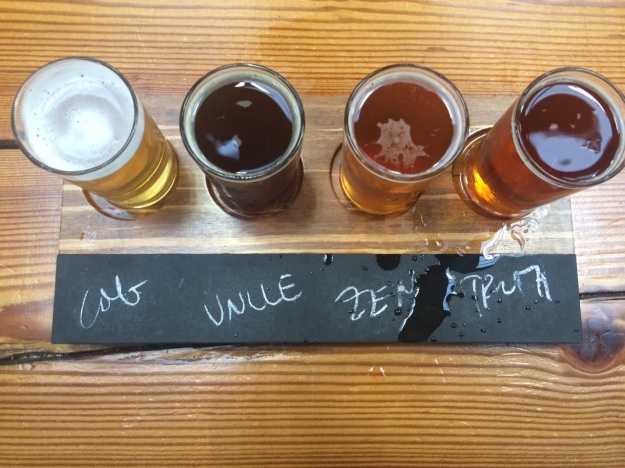 3) Quite a Beer Legacy
Speaking of German beer, by the late 1800s, Cincinnati was producing a serious amount of suds in Over-The-Rhine, so much that there was no need to export it outside of Ohio. By 1890, the city was the third largest beer producer per person in the country. Prohibition severely changed that, causing many breweries to shut down for good. Yet it wasn’t entirely over. In 2009, this legacy began its comeback with the resurgence of the brand Christian Moerlein. Now, over a dozen craft breweries and micropubs are in operation. Among them, Rhinegeist Brewery is housed inside the original Christian Moerlein bottling facility. In a sense, it’s a 21st century beer garden with long picnic style tables and cornhole, ping-pong and other games going on. Another brewery is Taft’s Ale House, named for our 27th President and Supreme Court Justice, William Howard Taft. It’s located inside a former church and features items relating to Taft and his wife, Nellie. Yet Cincinnati’s brewing past still lingers. Plus in recent years,an underground network of abandoned caverns used for cooling German lager have been discovered. See one of them on an escorted tour with American Legacy Tours. 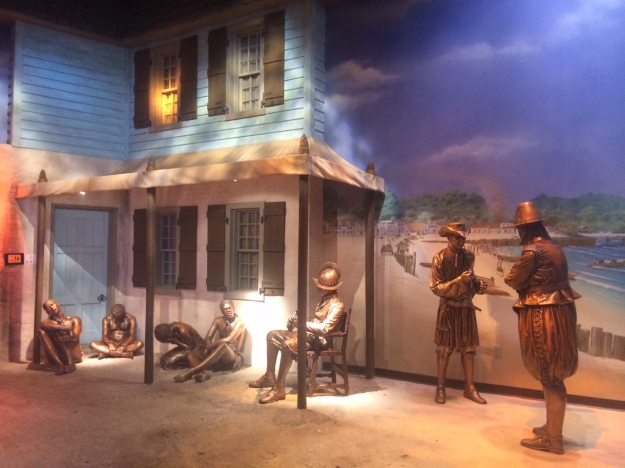 4) History with the Underground Railroad
In the mid-1800s, as the debate over the practice of slavery split national opinion, the U.S. was divided between free states and slave states. Ohio’s place in this part of our country’s history is connected to the Underground Railroad, where the Ohio River Valley was a key site for freedom seekers to head up north. In downtown Cincinnati, near the banks of the Ohio River, the National Underground Freedom Railroad Center traces how slavery came to the Americas up through the U.S.’s post-Civil War Reconstruction with historical imagery and artifacts. The center also covers the effects of modern-day slavery and human trafficking. 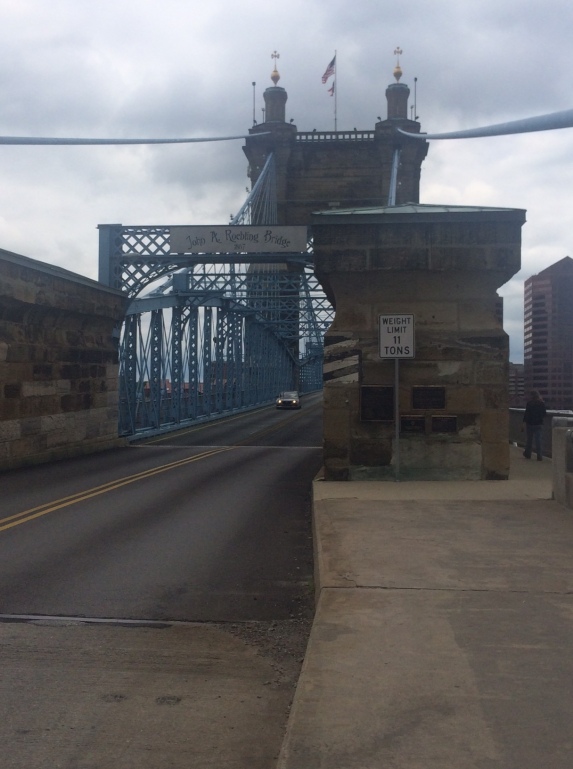 5) A Ton of Bridges
Bridges might not sound exciting, but Cincinnati has some iconic structures connecting the city to Northern Kentucky and other locations in Ohio. Its most noted one is John A. Roebling Suspension Bridge, which links Covington to downtown Cincinnati. Opened in 1867, it’s a nice way to go back and forth over the Ohio River. Plus pedestrians and cars have their respective paths. Though Roebling’s name might not ring a bell, this engineer’s modern marvels are well known. Roebling was said to use this baby blue colored bridge as the prototype for the Brooklyn Bridge, which opened about two decades later. For a relaxing walk, the locally-called Purple People Bridge (it has a more official sounding name) can only be crossed on foot. It connects from Cincinnati’s Sawyer Point to Newport on the Levee in Northern Kentucky.