In May, I got to visit Suzhou, China. It’s considered to be the “Venice of the East.” Here’s why.

Based in the eastern part of China, and 60 miles south from Shanghai, Suzhou feels unchanged by time. In different parts of the city, you feel like you’re stepping back into another era. There are public gardens once belonging to prominent families or government officials; waterways still used for getting from one point to another; stone bridges that can walked over; and streets dating back centuries lined up with markets and teahouses. Here’s what I saw in Suzhou.

Built during the Ming Dynasty, the Humble Administrator’s Garden once belonged to a Chinese government worker, who saw this place as a way to retire to a more simpler life. 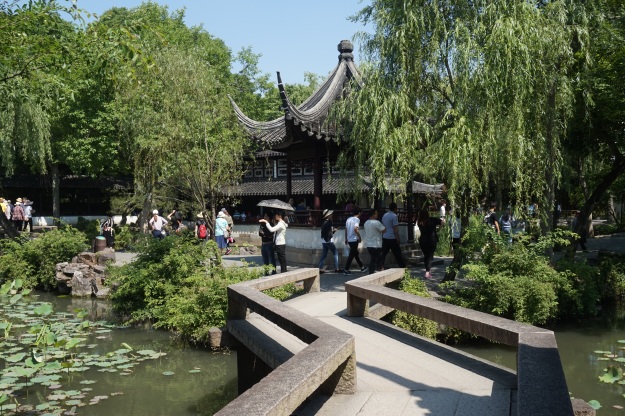 Divided into three segments, one third of the Humble Administrator’s Garden is covered in water. You can walk along pathways that take you past pavilions, bridges, connecting pools, and halls. One of the garden’s buildings is called Distant Fragrance Hall, named after an aromatic lotus pond nearby.

A Song Dynasty poet named Su Shi once said, “It’s a lifelong pity if having visited Suzhou you did not visit Tiger Hill.” Its name involves two legends. One says that the hill physically looking like a crouching tiger. The other is a tale about a white tiger appearing on the hill after a funeral for a warrior king; the tiger is there to guard the tomb.

Legends aside, Tiger Hill’s main feature is not a tiger, but a pagoda. The Yunyan Pagoda stands seven stories tall and has developed a slight slant over the years, giving it the nickname “The Leaning Tower of China.”

Other features at Tiger Hill extend to a section of tea plants; a garden of bonsai trees, with some dating as far back as 400 years; and a sword testing stone and sword pool, where it’s believed that the king’s sword collection may be buried underneath. 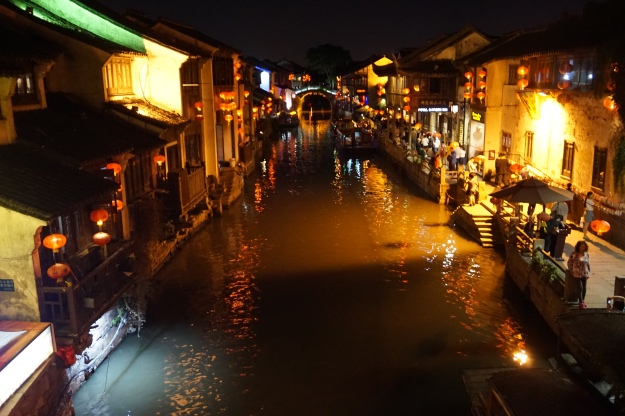 Suzhou has historic roads that have been in use for centuries. Shown above, Shantang Street is graced with red-colored lanterns, restaurants and eateries such as Song He Lou, and various shops for getting local candies and snacks and a variety of souvenirs such as paper-cutting art and embroideries. Another one is the Pingjiang Road, with eateries and stores on its main road suited to every budget and taste. Besides shopping and dining, go to Fuxi Teahouse, to watch a Kunqu Opera performance. 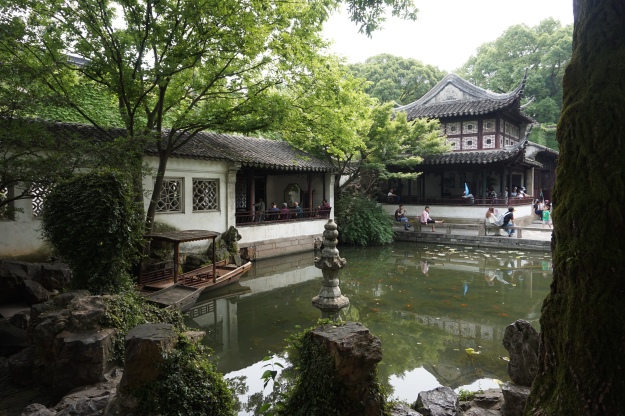 Another renowned garden in Suzhou, The Lingering Garden has changed hands over the centuries, but has touches reflecting its various owners. One of these owners collected shaped rocks known as “scholar stones” and created a section known as the stone forest. 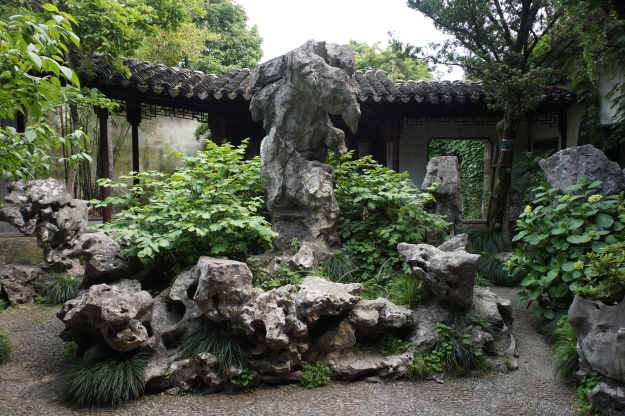 The garden is divided into four sections, with special features include halls of various shapes and sizes, a bonzai garden, and a pond and grotto area. Its major structure in Celestial Hall of Five Peaks, a structure noted for architectural asthetics such as girders with lattice patterns.

Part two of this post will feature more about Suzhou’s crafts legacy along with my excursion to Tongli, a nearby water town. Stay tuned.