Although my blog is maybe eight months old, 2013 has been a good year for me with travel. I got around quite a bit. From local jaunts to overseas destinations, I learned a lot, tried new foods, made new friends, and got better at branching out of my comfort zone. 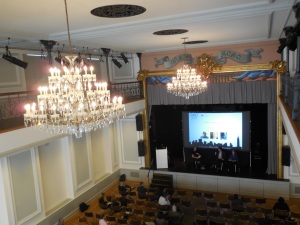 The New York Travel Festival will return to National Bohemian Hall this April.

I try to get to the annual New York Times Travel Show, held about mid to late February at the Jacob K. Javits Center. It’s a good consumer show for those who to get more information about different places. Sectioned off by continent and country, tourism boards, tour companies, hotels and major attractions man booths to talk about why you should visit them and offer pamphlets and tchotchkes. There are giveaways as well as performances, lectures and fun demonstrations.

In April, I helped out with promoting the New York Travel Festival, a new event for urbanites already seeing the world. It will be back again April 26 and 27 at Bohemian National Hall, on Manhattan’s Upper East Side. The festival features a who’s who of travel experts that present solid advice on various travel pursuits and interests.

Another new festival coming up this March is the Women’s Travel Fest. Organized by Go! Girl Guides, this one-day event is for the ladies that will help those who are hesitant to travel (even solo) with sessions on concerns female travelers often have.

Delta celebrated the opening of its new T4 Terminal with a Popup shop in SoHo.

Through Meetup and other invites, I’ve gotten to meet a lot of awesome travel bloggers, vloggers and experts through Travel Massive and Young Travel Professionals (YTP). These professional/social groups hold monthly meet ups in their locations (I belong to the New York City branches). They are nice nights out.

Some of the events I’ve gone to this year include a pop-up place for Delta’s new T4 Terminal at JFK; a dinner held by Tourism Toronto; a visit to The Explorers Club; and receptions with tourism boards for Germany and the Czech Republic. 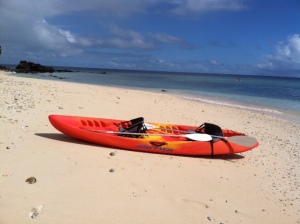 In July, I went on my first press trip. Just for the heck of it, I had put in my name in for a trip to Fiji, organized by Tourism Fiji and Fiji Airways. And got in. For about four days, I traveled around Viti Levu, Fiji’s largest island, exploring the town of Nadi and the capital city, Suva; took a cooking lesson; stayed at an island resort; and visited a cultural center.

Just two weeks later, I went from warm temperatures to cooler ones. I always wanted to go to Iceland, so I booked a spot on a nine-day tour with Gate1Travel. Our route started in Reykjavík, Iceland’s capital, and went along the south coast and back up north.

I want to thank every person or outlet that gave me the opportunity to go places this year. With 2014, my planned destinations include Spain and Canada, and there are potential ones coming up in the fall. Happy New Year and jaunt somewhere too!

As there is an app for just about any need or interest, the travel sector surely is getting its fair share. The latest one to travelers as well as the general public comes from Peek.com, a one-stop web resource for booking activities in 17 U.S. cities, London and Paris.

Called Peek Mobile, this free app brings Peek.com’s services from the web to your smartphone, with some additional functions. It’s said to have geo-location technology, which in plain speak means users can book their activities on the go. Options extend to family, food and wine, arts and culture, adventurous and walking and sightseeing tours and day trips.

For example, if you wanted to book a guided walking tour of the Lower East Side while visiting New York City, you can do so through Peek Mobile app. Or while staying in Paris, explore the city’s different arrondissements  (city districts) or go ahead and jaunt out to Champagne, the vineyard region where this bubbly beverage is produced.

Booking through your phone is designed with ease in mind. It’s designed to provide information about your potential activity in real time, with essentials like pricing and available slots. And feedback from others who did what you want to do – or just to help you confirm your decision – is also at your fingertips.

Plus, the fact that the Peek Mobile app is free is also a good reason for giving it a try. It is available for iPhone and iPod Touch and can be downloaded through Apple’s App Store.

So what travel apps do you like to use? Let me know in the comments section!

Do you know what a UNESCO World Heritage site is? Germany Tourism wants to make sure you do. Last week, the tourism board hosted a tweet-up at Reichenbach Hall in New York City to celebrate the focus of its 2014 marketing campaign: 38 sites that have been given this special title.

For those new to this term, UNESCO stands for the United Nations Educational, Scientific and Cultural Organization. Yep, it’s a big deal. This organization encourages government officials from around the world to identify, protect and preserve sites that symbolize their country’s cultural and natural heritage. The sites are added to the UNESCO World Heritage List annually, and officials in their respective countries are advised on how to maintain them.

These UNESCO sites serve as key reminders of their past or natural/manmade wonders that would be significantly impacted by any physical damage.

To further enhance your knowledge about UNESCO, here’s an extra tidbit. Of the 981 UNESCO World Heritage sites listed around the globe, just under half of them are in Europe. Germany’s 38 sites are a collection of historical locations and natural wonders found throughout different cities and country settings.

Palaces and Parks of Potsdam and Berlin 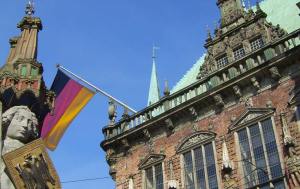 Visiting these places is like time traveling, with sites dating as far back as the days of the Roman Empire.  And one that is even much farther. 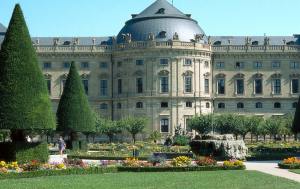 With locations ranging from Berlin to Würzburg, these UNESCO World Heritage sites include architectural marvels such as palaces, churches, monasteries, and castles. Nature sites encompass a coastal line, forests, and a fossil site, and man-made landscapes such as gardens and parks, and even an island! Historical town centers have made this list as well and industrial locations that symbolize German’s economical and cultural growth.

Here is a rundown of some of Germany’s unique places that have been added to the UNESCO World Heritage list overtime:

This former volcanic crater lake was formed around 47 million years ago and holds deposits of well-preserved mammal fossils that are ancestors of today’s common creatures.

This picturesque valley is graced with castles and palaces along with vineyards that produce well-known Rhine wines. Its ties to the Rhine extend to being a channel for carrying goods from different countries and a source for multiple cultural influences.

To learn more about Germany’s UNESCO World Heritage sites, and plan your visit, visit this link. You can find maps, images and other sources there.

All photos courtesy of Germany Tourism

It’s fun to do some window shopping at high-end New York City department stores. During the holiday season, it’s cool to see how creative store personnel can get with their takes on celebrating all things festive.

As the crowds start to come more to the Big Apple, try to get an early jump on getting a viewing. From traditional to whimsical, here is a selection of window displays worth making a trek to. All of them are based in Midtown, with each having a reasonable walking or bus/subway distance. 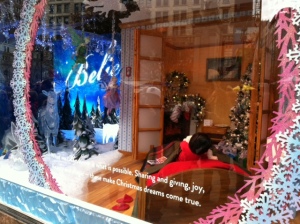 In Herald Square on 34th Street, Macy’s windows follow a young boy whose dream takes him on a journey along a winter landscape. The boy goes through an enchanted forest and encounters elaborate creatures, with his adventure ending back in his room. 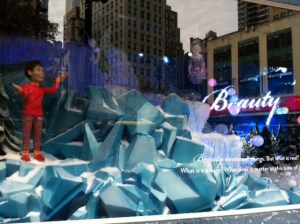 In going back to a more traditional period, Lord & Taylor sets the scene for a formal holiday gathering in years past. Guests are dressed in their finest for tea and an evening meal.

Look closely in the lower right corner of one window to find a rotating silent film set in New York City from a bygone era. Get to Lord & Taylor by walking west along Fifth Avenue. The store is at 39th Street. 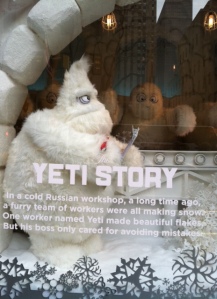 As one of the season’s most visually appealing windows, the display at Saxs Fifth Avenue is based on a tale called Yeti Story. A young and under-appreciated Yeti leaves his family and his “job” in Siberia to see the world.

Like, um, other newcomers, he eventually makes his way to New York City – even exploring the subway – and develops a career in innovating the science of snowflake making. 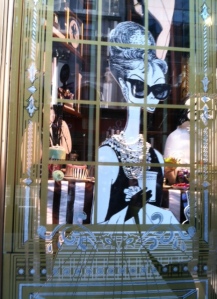 Even if the name of Al Hirschfeld might not sound familiar at first, there’s a good chance you’ve seen his black and white caricatures of celebrities and Broadway stars.

Just up the street from Henri Bendel, Bergdorf Goodman has a “Holiday on Ice” theme this year. Icicles are the main attraction, providing extra glimmer to period set windows.

Heading over to Madison Avenue, at East 61st Street, Barneys NY has been getting much hype with its holiday collaboration with rap mogul Jay Z. This holiday season, the store has gone high tech with interactive windows sporting light shows. One entrance has visitors going into a darkened space where a display of a brief, 3D demonstration adds different colors to Manhattan’s sky line.

The key component of Barneys display is a friendlier feature. “Experience the BNYNYC sleigh ride” lets visitors meet his Santa and his wife and go on a virtual ride above the city streets. Performers from the Upright Citizens Brigade Theater portray Mr. and Mrs. Santa Claus, with a modern day look, and lets visitors pose for a photo. A web link to your pictures can be emailed to you or pick up a hard copy inside the store. Plus, it’s free!

On 3rd Avenue and East 59th Street, Bloomingdale’s takes viewers on a round the world trip with holiday greetings from France, Italy, Great Britain, and, of course, New York City. 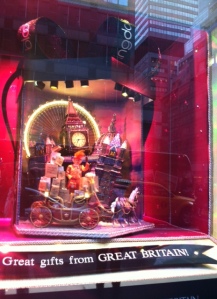