Did you know that Düsseldorf’s Carnival Season lasts four months long? Last Tuesday night, Air Berlin and Düsseldorf Marketing and Tourism put on a shorter version of this German city’s colorful celebration with a reception at Blaue Gans in the TriBeCa district.

The reception featured German beers and local delicacies, and invites asked people to come in costumes. One travel writer did. Others like me put on whimsical hats or were draped with streamers by our hosts.

We also learned a thing or two about Düsseldorf and its history with carnival. Having started this week, this street festival in Düsseldorf’s city center is made up of different segments such as the city’s ladies and youth having their turns at taking over the parade route for a while.

Even elected officials have their moment. By tradition, carnival time lets Düsseldorf’s citizens get away with poking fun at leaders through silly puppets and the like. The carnival season will be over February 18.

And of course, in completing the night, a trio of performers had their act going. 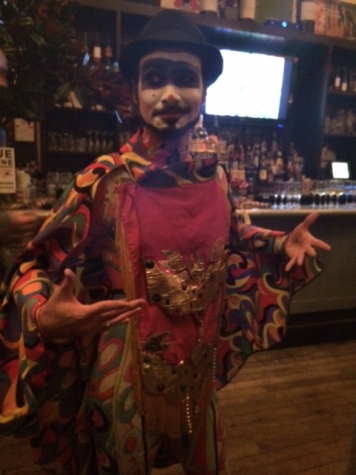 With Düsseldorf, I actually spent maybe 40 minutes there via my connection from their airport to JFK. I was flying on Air Berlin, coming first from Geneva, and had to make it through the gate in a short amount of time to my next departure. Speaking just as a customer, their gate crew offered to switch me to a front row seat so I could get off the plane quicker to help make my connection. They suggested it. That was awesome.

Do you know what a UNESCO World Heritage site is? Germany Tourism wants to make sure you do. Last week, the tourism board hosted a tweet-up at Reichenbach Hall in New York City to celebrate the focus of its 2014 marketing campaign: 38 sites that have been given this special title.

For those new to this term, UNESCO stands for the United Nations Educational, Scientific and Cultural Organization. Yep, it’s a big deal. This organization encourages government officials from around the world to identify, protect and preserve sites that symbolize their country’s cultural and natural heritage. The sites are added to the UNESCO World Heritage List annually, and officials in their respective countries are advised on how to maintain them. 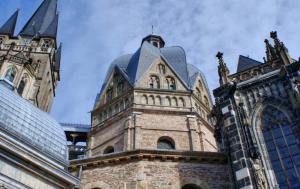 These UNESCO sites serve as key reminders of their past or natural/manmade wonders that would be significantly impacted by any physical damage.

To further enhance your knowledge about UNESCO, here’s an extra tidbit. Of the 981 UNESCO World Heritage sites listed around the globe, just under half of them are in Europe. Germany’s 38 sites are a collection of historical locations and natural wonders found throughout different cities and country settings.

Palaces and Parks of Potsdam and Berlin

Visiting these places is like time traveling, with sites dating as far back as the days of the Roman Empire.  And one that is even much farther.

With locations ranging from Berlin to Würzburg, these UNESCO World Heritage sites include architectural marvels such as palaces, churches, monasteries, and castles. Nature sites encompass a coastal line, forests, and a fossil site, and man-made landscapes such as gardens and parks, and even an island! Historical town centers have made this list as well and industrial locations that symbolize German’s economical and cultural growth.

Here is a rundown of some of Germany’s unique places that have been added to the UNESCO World Heritage list overtime:

This former volcanic crater lake was formed around 47 million years ago and holds deposits of well-preserved mammal fossils that are ancestors of today’s common creatures.

This picturesque valley is graced with castles and palaces along with vineyards that produce well-known Rhine wines. Its ties to the Rhine extend to being a channel for carrying goods from different countries and a source for multiple cultural influences. 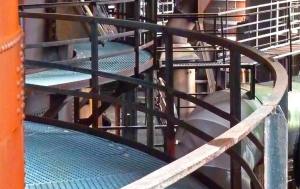 To learn more about Germany’s UNESCO World Heritage sites, and plan your visit, visit this link. You can find maps, images and other sources there.

All photos courtesy of Germany Tourism