This past Sunday, I was invited as a media guest of WoolworthTours on a tour of The Woolworth Building’s lobby area. Built in 1913, this neo-Gothic-style skyscraper in downtown Manhattan was once the office building for Frank W. Woolworth, founder and owner of the five-and-dime retail chain.

For years, workers were able to pass through the lobby of The Woolworth Building — even my WoolworthTours guide in his previous job —  but then after 9/11 the area was off limits to the general public. It wasn’t until the building’s centennial two years ago was marked with a gala where talks began about reopening the lobby to the public. The only way you’re allowed to see this area is through the tour, and, from my experience, it’s worth doing so.

The Woolworth Tours vary by time (from 20 to 45 minutes) and the sections you’re taken too. I went on the 45-minute tour, which includes the lobby, the lower level and the mezzanine. Whatever tour you go on, you’ll hear a history lesson about not just The Woolworth building but also its namesake, Frank Woolworth.

According to my guide, The Woolworth Building is literally a monument to Woolworth’s legacy. It’s a visual reminder of his retail empire as his five and dime store spread across the nation and even overseas. Inside the building, you find the exterior as a canvas of fine craftsmanship from ceiling to stairways. 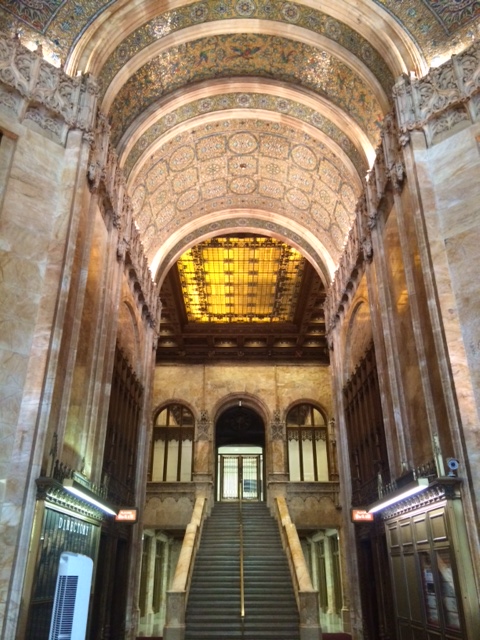 Considered to be the tallest building in the world at one point, this structure once contained Irving National Exchange Bank, which financed its construction; a Parisian shopping arcade (we could call it a mall now but there was no Woolworth’s in it); a health club with swimming pool; and a medieval beer house known as a rathskeller that catered to the building’s tenants. 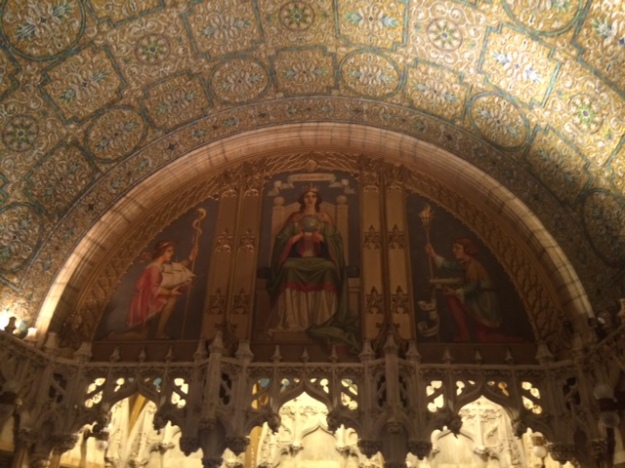 Today, its occupants on the lower floors include NYU’s global affairs center, a technology firm and a travel agency. There’s also a chance that the building will hold residents in the future, as an investment group that has purchased the top 30 floors plan to convert the space into luxury apartments and covert the penthouse into a five-level living space. 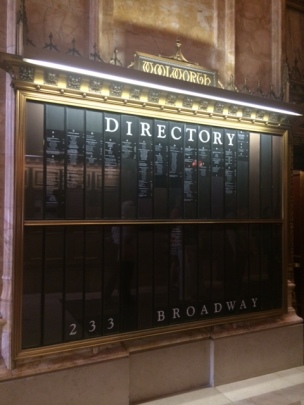 You’ll be pointed to embellishments with Ws along with other markings that show the building’s stance as a center of commerce. And, of course, Woolworth’s own character is reflected here. For example, about a dozen or so gargoyles are placed around the interior but they’re not of the usual creatures. Instead, they resemble Woolworth and other key figures involved in the building’s construction. As just as important as Woolworth, architect Cass Gilbert designed the building and he is shown holding with his creation.

I recommend going on the 45-minute tour as you also get to see the vault of the Irving Bank, which keeps some old safety deposit boxes. There are also neat murals on different period of Colonial New York in this area as well. So definitely see this landmark!